Ethics in AI and Big Data No longer stuck in the fantasy world of science fiction, Artificial Intelligence (AI) today is a reality, and data is its fuel. It is a key component of the Fourth Industrial Revolution in which the physical, digital, and biological worlds are being fused together in a way that will have a tremendous impact on our global culture and economy. While the Fourth Industrial Revolution brings along promises and opportunities, it also raises concerns about security, user privacy, data misuse, and more. People distrust artificial intelligence. It is the responsibility of business and data professionals to change that: add transparency, develop standards, and share best practices to build trust and drive AI adoption.

Business and data professionals today need AI frameworks and methods to achieve optimal results while also being good technology and business stewards. This course will teach you why AI and Big Data ethics is so critical and how to apply ethical and legal frameworks to initiatives in the data and analytics profession. You’ll explore practical approaches to data and analytics problems posed by work in AI, Big Data, and Data Science.

A Course Sponsored By LinuxFoundationX

More than 20 years ago, Linus Torvalds sparked an open-source revolution with a short email declaring he was doing a new project “just for fun.” Today, Linux powers 98% of the world’s supercomputers, most of the servers powering the Internet, the majority of financial trades worldwide, and tens of millions of Android mobile phones and consumer devices.

By supporting the kernel development community — including employing Linus Torvalds himself — and fostering collaboration on a truly massive scale, The Linux Foundation unites thousands of curious minds in the free and open exchange of ideas. We are also dedicated to expanding the collaborative DNA of Linux to other industries and markets. Companies, open-source projects, and individual developers can work with our Linux Foundation Collaborative Projects to make collaborative development the de facto way of solving the world’s hardest problems.

The Linux Foundation is pleased to partner with edX to deliver our courses to anyone, anywhere in the world, at any time. We hope they provide entry points for students into the personal and professional rewards of being part of the Linux and broader open source community.

Jennifer is co-founder and CEO of reTHINKit Media and a tech veteran and developer relations expert. She was on the founding team of The Linux Foundation where she focused on garnering developer attention for open source projects and new technologies, increasing developer contributions to and adoption of such technologies. She started the communications function at the Foundation as an individual contributor and grew it to a 30+ person team of PR, social media, and content production professionals. Prior to the Linux Foundation, Jennifer worked at agencies focused on VC-funded startups and developer communities. Clients included Cisco, Creative Commons, Google, Mulesoft (acquired by Salesforce), Sleepycat (acquired by Oracle,) and VMware, among others. As co-founder of reTHINKit Media, Jennifer has worked with Apache Kafka, Cloud Foundry Foundation, Cloud Native Computing Foundation, Evernym, Comcast NBCUniversal, eBay, Holberton School, IBM, Intel, Linux Foundation, Sovrin Foundation, Storj Labs and more. Jennifer has been identified as one of the most influential women in open source and is based in Portland, Oregon. She is also the executive producer, writer, and director of The Chasing Grace Project.

Gary is the Chief Creative Officer at reTHINKit Media and is an accomplished editor and director of photography. He has shot and edited documentary films, music videos, commercials, corporate videos, sports events, news, and segments for national news magazines. He is a Humane Society ACE grant award winner for editing the highly-acclaimed feature documentary “The Eyes of Thailand”, which premiered at the Newport Beach Film Festival in 2012 and has gone on to receive numerous awards. Gary has also worked with a variety of brands on video production work, including Apple, Google, Pixar, The Linux Foundation, The Food Network, IGN, CNN, Cisco, Audi, Mitsubishi, Robert Mondavi, McAfee and Inside Edition. He is a professional musician and composer, writing music for national commercials and online campaigns. Learn the core concepts of computational thinking and how to collect, clean, and consolidate large-scale datasets. Learn how big data is driving organisational change and essential analytical tools and techniques, including data mining and PageRank algorithms. AI for Everyone: Master the Basics

Learn what Artificial Intelligence (AI) is by understanding its applications and key concepts including machine learning, deep learning and neural networks. 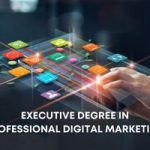 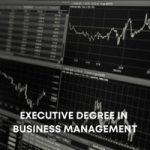